For instance, a high-efficiency building with a ground-source heat pump and energy recovery systems that are powered by some on-site solar and wind, as well as grid-sourced hydro power, is an NZC building. Buildings that are primarily all-electric, but rely on fuel-based back-up systems that can later be replaced with electric ones, are NZC Ready. Because the grid in New York does not yet distribute 100% renewable power, and the efficiency of all-electric boilers, for instance, cannot yet match fuel-based boilers, NZCR buildings are currently permitted.

Unfavorable sub-surface conditions make a ground-source heat pump system infeasible for the new Institute for Engineering-Driven Medicine (IEDM) building. Neighborhood restrictions unfortunately prevent the installation of a wind turbine, and large-scale PV arrays proved difficult to accommodate on the site. For these reasons, the building will be an NZCR building powered from the grid and running all-electric systems except during extreme winter heating conditions.

Solution:  Rather than designing a conventional HVAC system that utilizes all-air, run-around heat recovery Air Handling Units and fossil fuel boilers and chillers, IEDM will employ all-electric air-to-water heat pumps and heat-recovery chillers. Only during mid-winter extreme low temperature days will a high-efficiency fossil fuel boiler be engaged to supplement the heat pumps. When the efficiency and power draw of electric boilers improve in the not too distant future, the fossil fuel boiler will be swapped out of the building’s mechanical penthouse. When renewable grid power is available in Jefferson County on Long Island, IEDM will then be a Net Zero Carbon building.

Although the building is largely comprised of high-intensity wet laboratory facilities, the projected EUI is 150. This low EUI (60% below national baseline for similar buildings) is achieved through the combination of the high-efficiency hybrid mechanical system and careful detailing of a highly insulated and tight building envelope. R-30 walls, an R-40 roof, and triple glazing throughout significantly reduce the projected heating and cooling load. These energy conservation measures are fundamental strategies that make NZC buildings achievable.

Benefits:  The hybrid infrastructure design solution provides a largely NZC building on Day One. Because only a small-scale fossil fuel boiler is initially needed, conversion to all-electric systems will not necessitate a major capital outlay for the University. 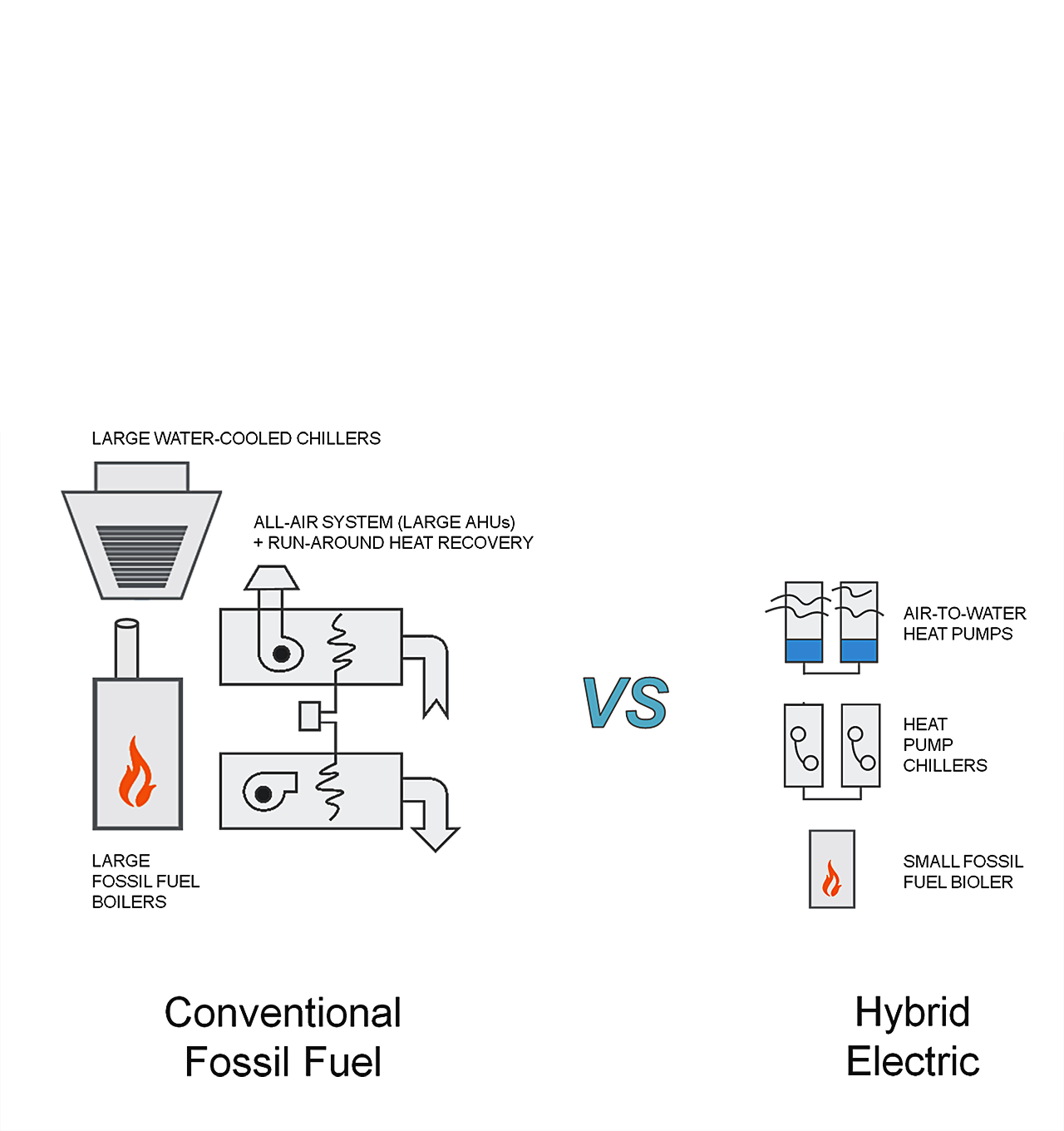